Aura Crystals // Are they real and do they help? 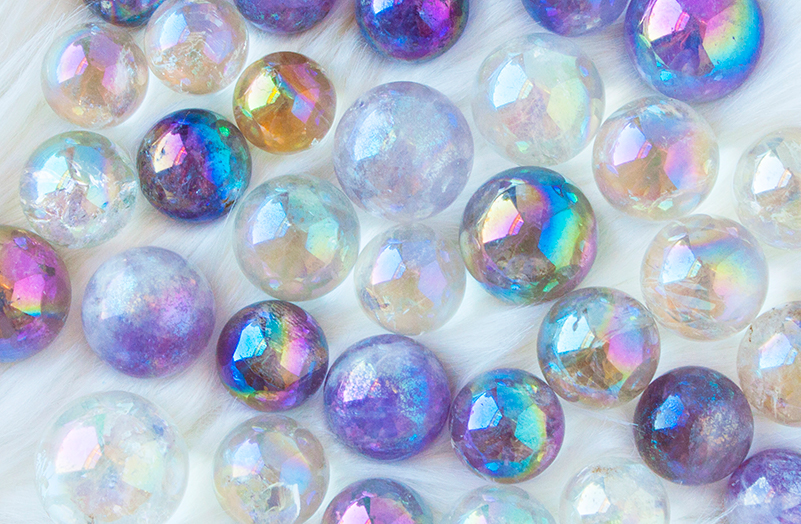 Crystal purist or not, you can’t deny how stunning aura crystals are. So, what’s the deal with them? Are they real and what are their benefits? I’m going to demystify aura crystals for you today. Let’s dive into the big question first. 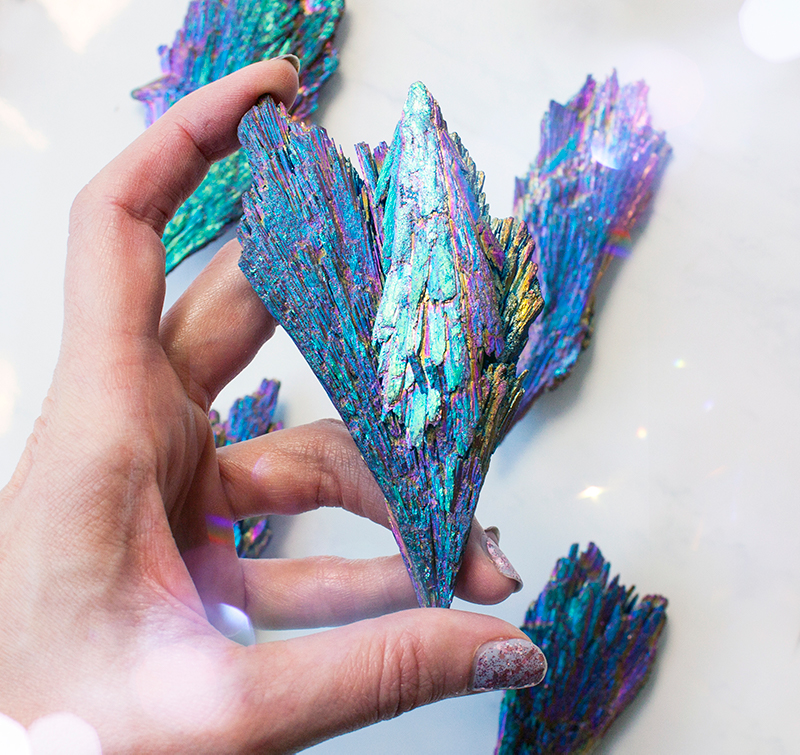 How are they made?

There are a couple of techniques, but all of the methods used to create real aura crystals involve coating a crystal with a very thin layer metal. The metal coatings range from gold, silver, titanium, niobium, indium, and cobalt. Each metal will enhance the crystal differently with different colors.

Some aura crystals, like aqua aura, are heated and placed in a vacuum where the metal vapor is bonded to the crystal. Aura crystals that undergo this technique can be weakened in the process making them brittle, so be extra careful with them. Other aura crystals, like rainbow aura, also called titanium aura don’t involve heat leaving the crystal more intact. 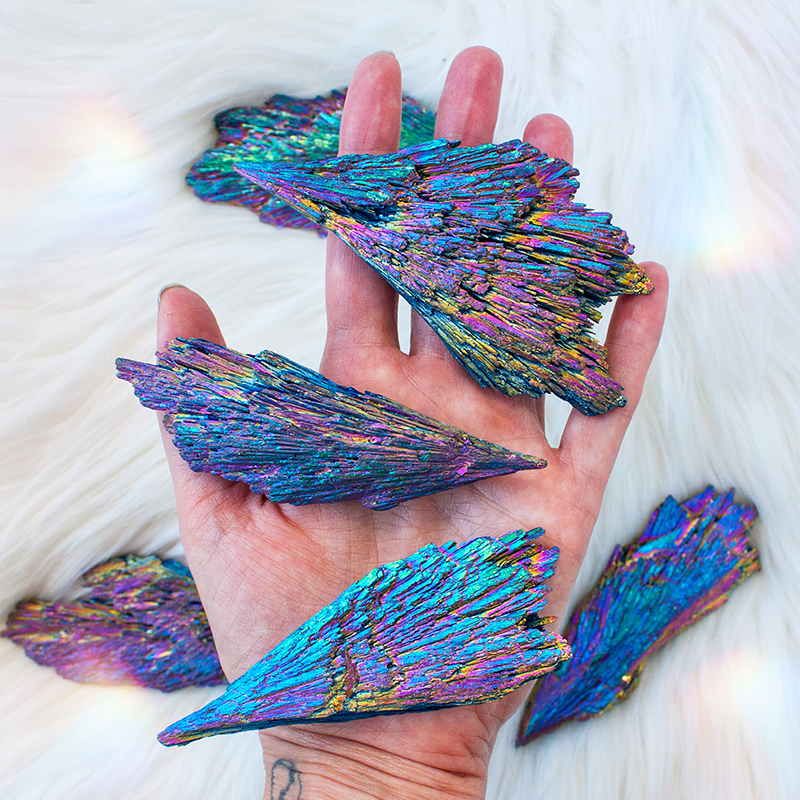 Here are the metals used for different aura crystal varieties:

The high price tag on some of these crystals might make a little more sense now.

Jelly crystals are real crystals underneath the coating, so if you find one you love, go for it! I just don’t want you to pay a super high price for something labeled as an aura crystal that isn’t. Also, Teflon is definitely a person-made component that doesn’t have the greatest reputation, but as long as you’re not licking it or adding it to your bath, you can enjoy these colorful crystals too.

What are the healing properties of aura crystals?

Because aura crystals are genuine crystals coated in metals from Gaia, you’ll receive the benefits of the crystal itself and the metals used to cover it. Furthermore, the gorgeous colors produced in aura crystals can be used to focus on specific chakras. Because most aura crystals contain a rainbow effect, they’re especially good for balancing the chakra system. This may be why so many feel that aura crystals have a very uplifting effect. 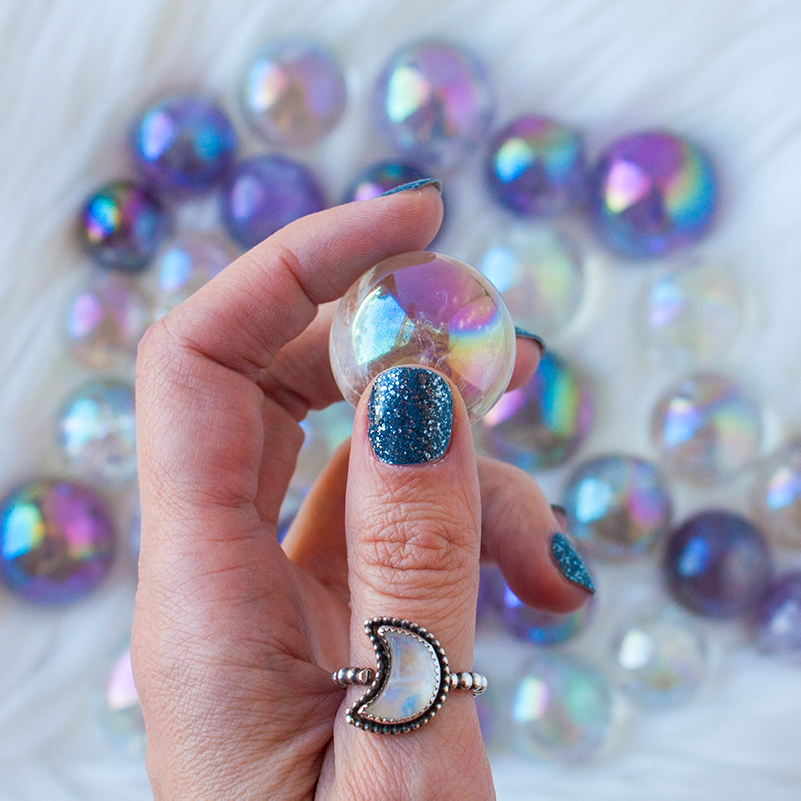 Personally, I love having aura crystals around and do feel quite attuned to them. Ultimately, it’s up to you to decide how you feel about these crystals! Click below to add some to your collection for decoration or as a healing tool! 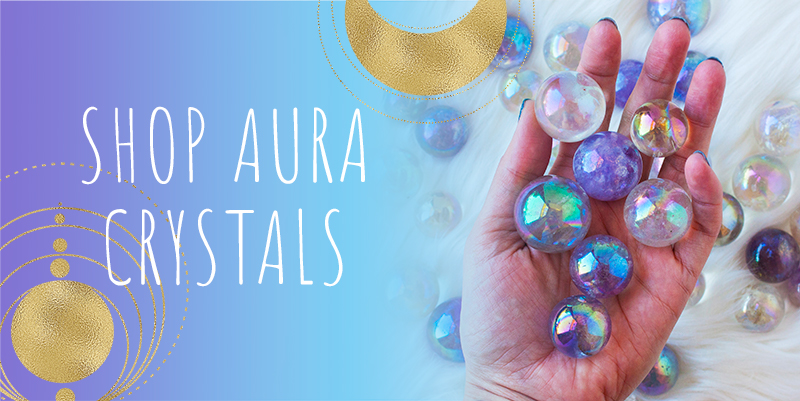 Categorised in: cleansing, crystals, zenned out