The Meanings & Origins of the Triple Goddess Symbol 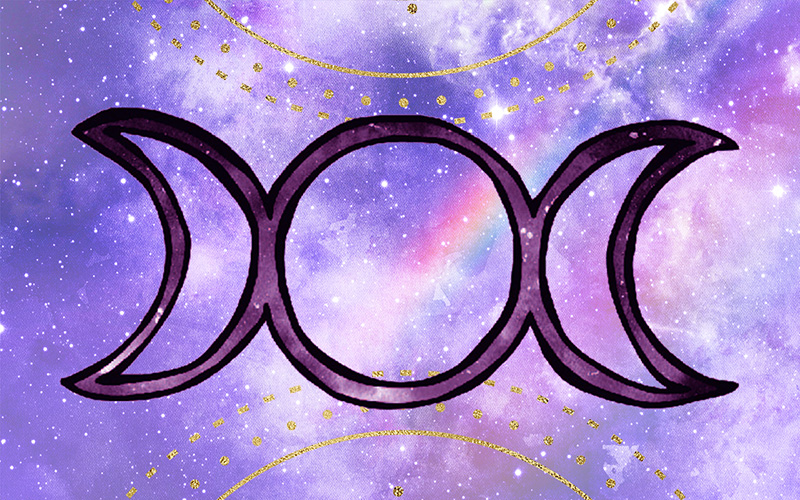 With the current rise in popularity of the moon phases, it can be easy to overlook the meaning and history of these symbols. The Triple Goddess symbol, comprised of a waxing crescent, full moon, and a waning crescent, is often thrown into the mix of trending moon imagery but has deeper roots and more profound meaning than you may have expected. 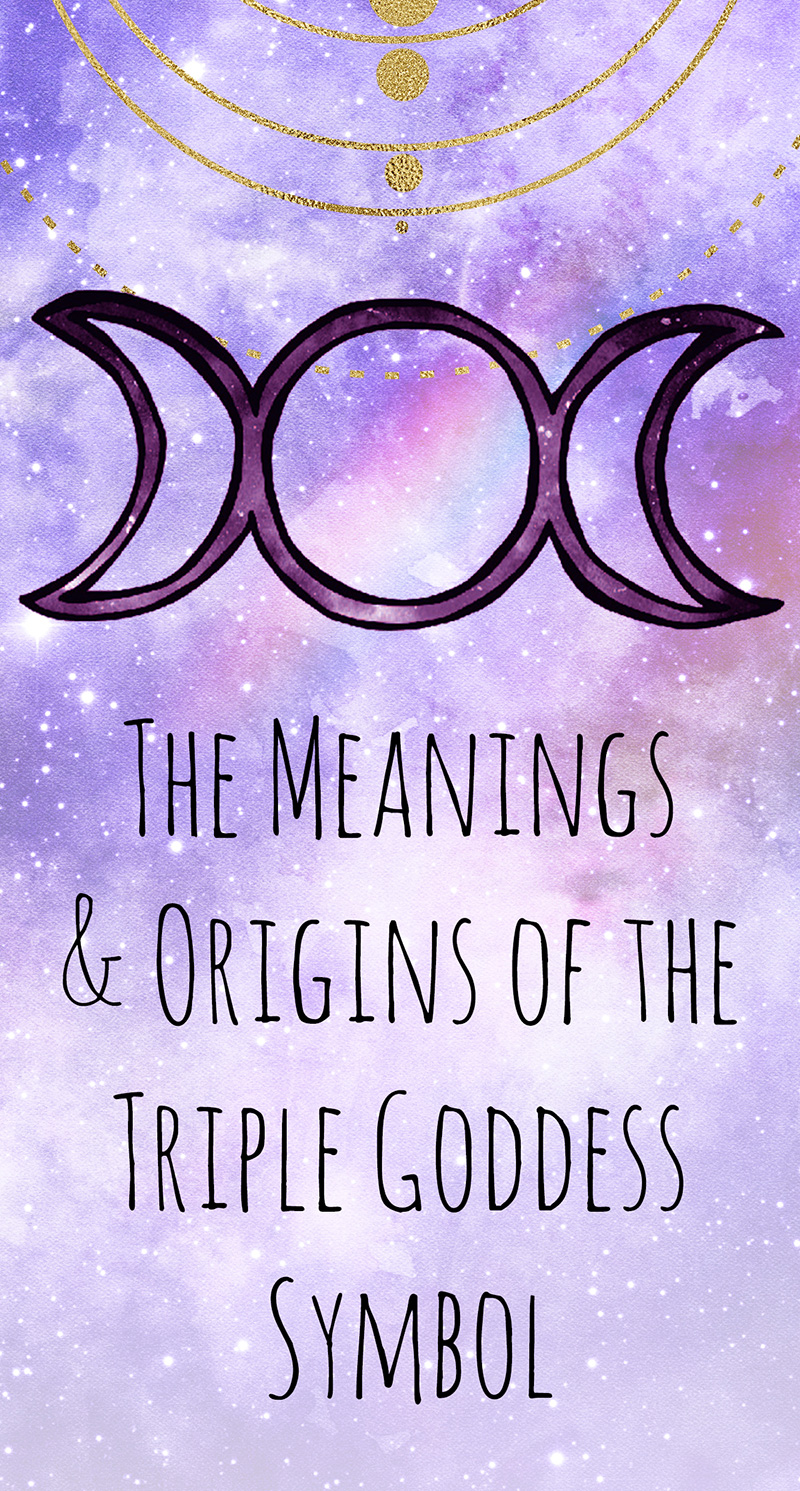 If you’ve been curious about its purpose, that’s just where I’m going to start. I’ll be sharing the meaning behind this symbol and will also touch on its rich, and somewhat controversial, origins as well.

The most common meaning assigned to the Triple Goddess symbol is the maiden, mother, and crone. Each phase of the moon correlates with a phase of a woman’s life. Here’s a breakdown of each phase. 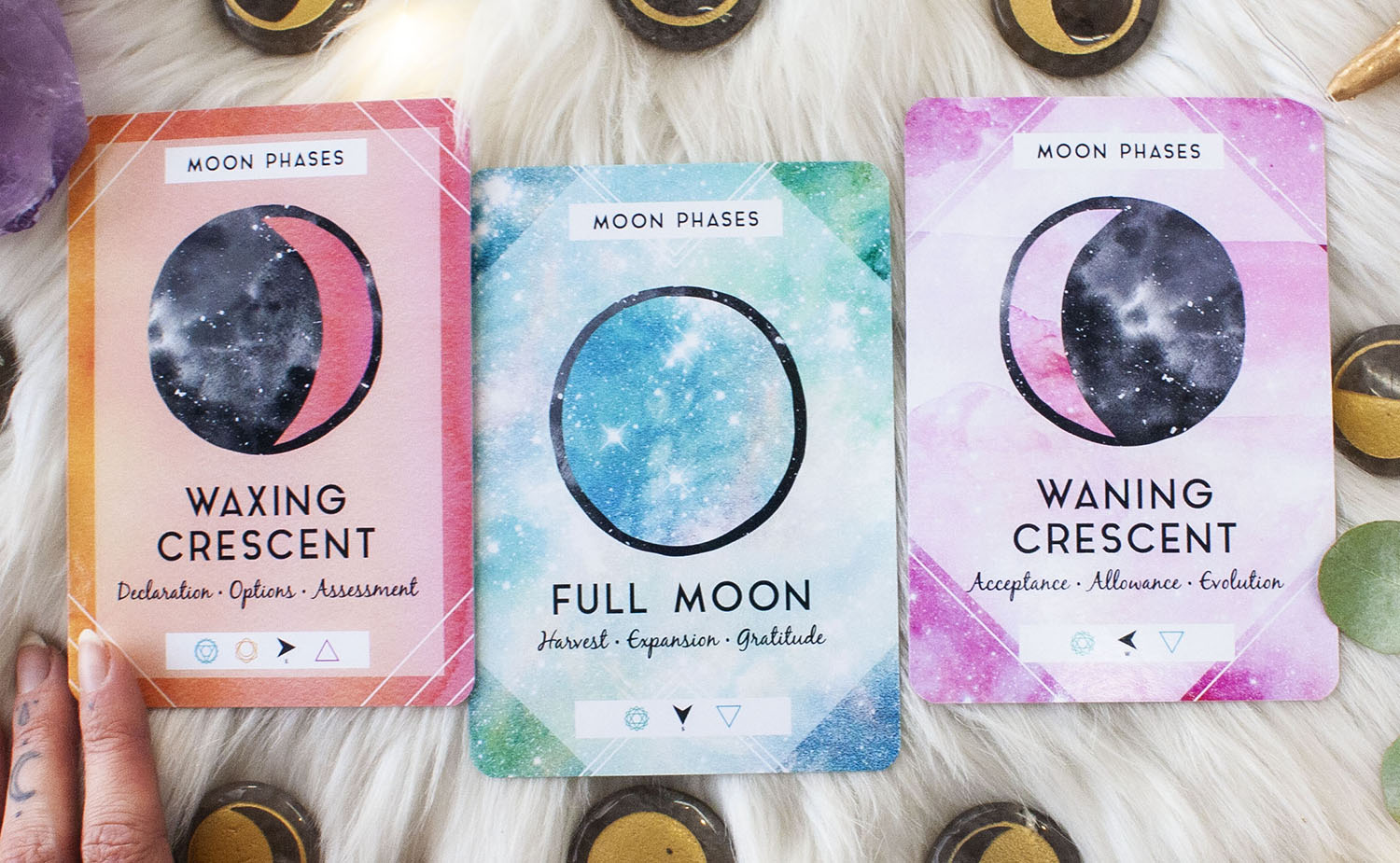 The Maiden: Represented by the new moon. The maiden embodies purity, youth, creation, pleasure, naivety, and new beginnings. The maiden invites you to explore your spirituality, sensuality, and creativity.

The Mother: Represented by the full moon. The mother embodies love, fertility nourishment responsibility, patience, gratitude, power, and self-care. The mother invites you to master giving and receiving love.

The Crone: Represented by the fading waning moon. The crone embodies endings, wisdom, death, acceptance, and culmination. The crone invites you to accept that without death there is no birth.

The mother, maiden, and crone is not the only way to honor and connect with this symbol. Here are some other meanings of the Triple Goddess symbol. 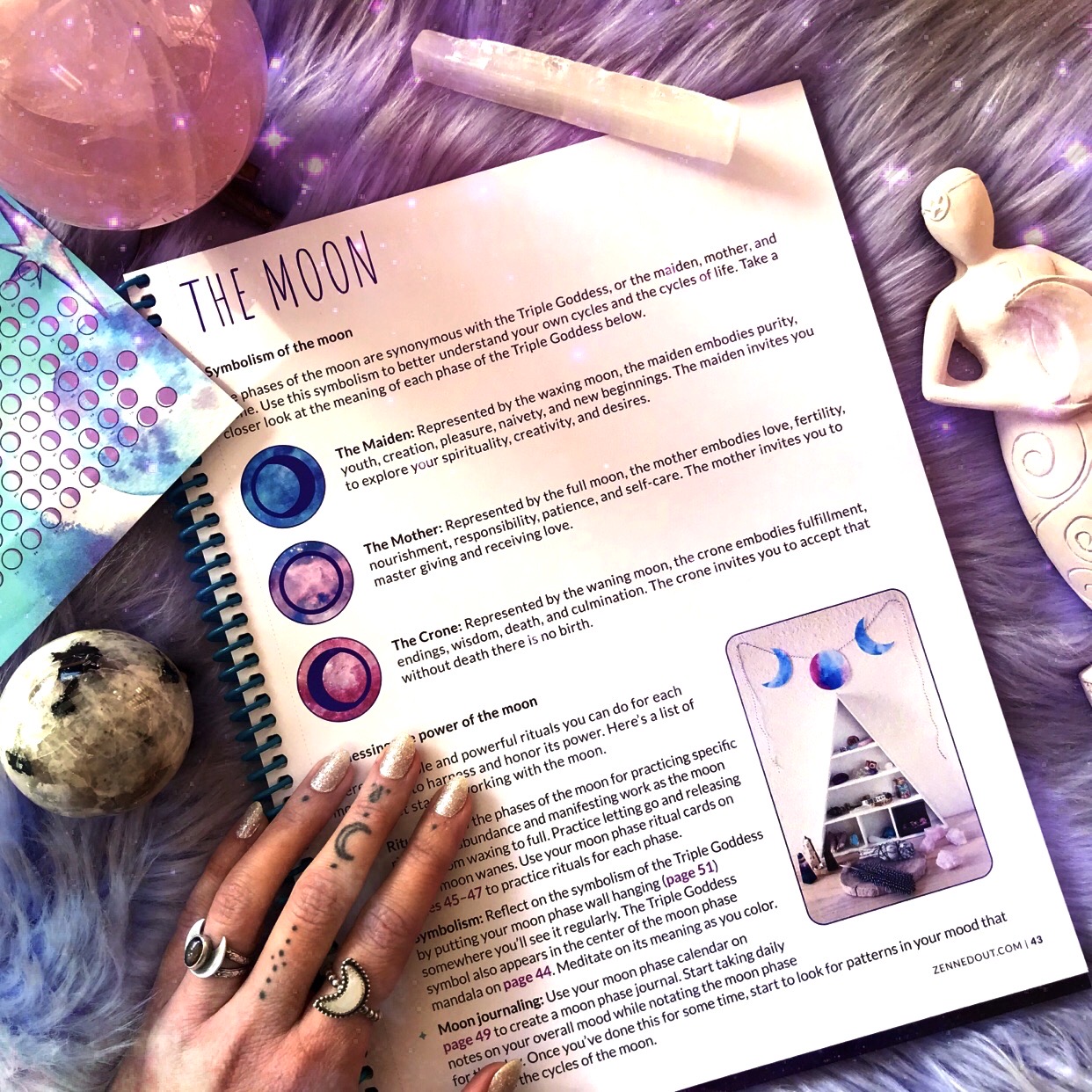 What are the origins of the Triple Goddess?

I’ll try not to nerd out on you too much in this post, but if you want to dig deep into some of the current literature and theories, I highly suggest reading John Halstead’s three-part series on the history of the Triple Goddess. Here’s part one, it’s long but well worth the read!

A variety of other scholars, practicing Pagans, and practicing Wiccans have also found clues that point to a Triple Goddess well before Graves’ time. Here’s a quick synopsis of my current understanding of the links from the past to our present Triple Goddess:

As I said, this is my basic understanding of some of the theories that branch off from Graves’ hypothesis. I recommend you read up on it further if the topic has piqued your interest!

Why wear or use this symbol?

You don’t have to subscribe to Paganism or Wicca to enjoy this symbol. But if you’ve been sporting it, it’s sure nice to know the meaning behind it.

Wearing the Triple Goddess symbol can be a powerful reminder throughout the day of your connection to the divine feminine and all it represents. Personally, I enjoy wearing the symbol for its remainder of the constant flow of life, birth, death, rebirth. Using the symbol on your altar or in a sacred space can help call in this same energy.

Cassie Uhl is the author of five books and two card decks, an artist, intuitive energy healer, and death doula. Her lineage and practices are rooted in pagan earth-based spiritual practices of Northern Europe. She approaches her work and clients with trauma-informed support through all phases of life. She currently resides on the land of the Myaamia people in so-called Indiana of the US.

Like Brigid herself, the meaning of her cross has

The reimagined version of The Goddess Discovery Bo

This Sycamore tree drew me in during one of my wal