What is the Earth Star Chakra & How to Connect to It 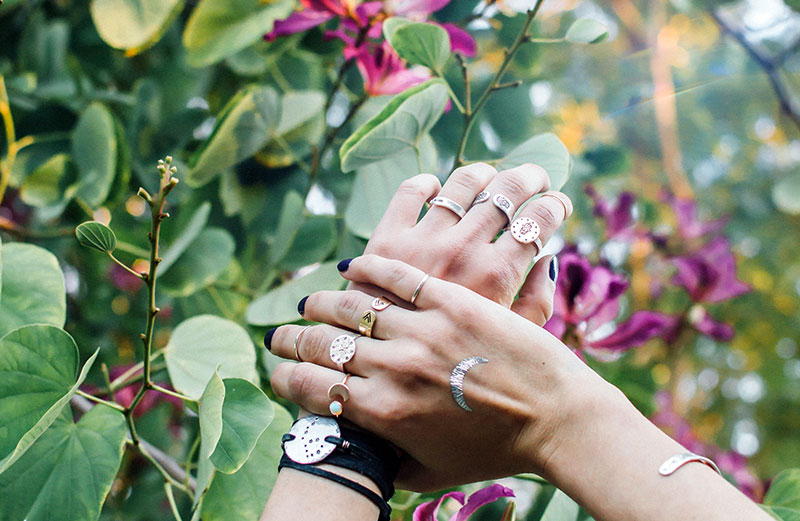 I know, throwing a new chakra into the mix of the familiar seven may be pretty surprising! Now, to fully blow your mind, you actually have three celestial chakras in your etheric body as well, and a slew of minor chakras throughout your body.

Today, I’ll share tips for connecting to your earth star chakra. Don’t worry, I’ll dig into all of the others in a future blog post.

What is the Earth Star Chakra?

Your earth star chakra is not a part of your physical body like the other seven chakras. It’s actually located below your feet and makes up part of your etheric body. It connects directly to the core of the earth and to Gaia.

The earth star chakra differentiates from your root chakra in a few ways:

Why should you connect with your earth star chakra?

How much time do you spend inside using technology? If you’re like most humans today much of your time is spent doing these very things.

Sounds nice, right? Keep reading for some tips on how to connect more deeply with your earth star chakra.

Ways to Connect to Your Earth Star Chakra

The best way to connect with this chakra is through meditation. The next time you sit down to meditate try this visualization: imagine a cord coming from the sky, going through your body, connecting to each of your seven chakras, finally connecting to your earth star chakra about 8 to 12 inches below you, and then imagine the cord going through each layer of the earth until it reaches the core of the earth. Imagine this cord anchoring into the core of the earth so you have an unshakable grounding effect.

You can also try visualizing the color of this chakra creating a bubble around you. There’s some debate over what the color of the earth star chakra is. Many say it’s brown or black (representing the core of the earth), while others say it’s aqua (representing all the water on the earth’s surface). Personally, I feel that my earth star chakra radiates a very dark reddish-brown hue, but I suggest meditating and deciding what feels true to you.

Earthing is direct skin contact with the earth. Of course, doing this with a conscious effort in mind of connecting with your earth star chakra will be best! Try meditating while sitting outside, or simply spending some extra time walking in nature (preferably barefoot), thinking about your connection to your earth star chakra. 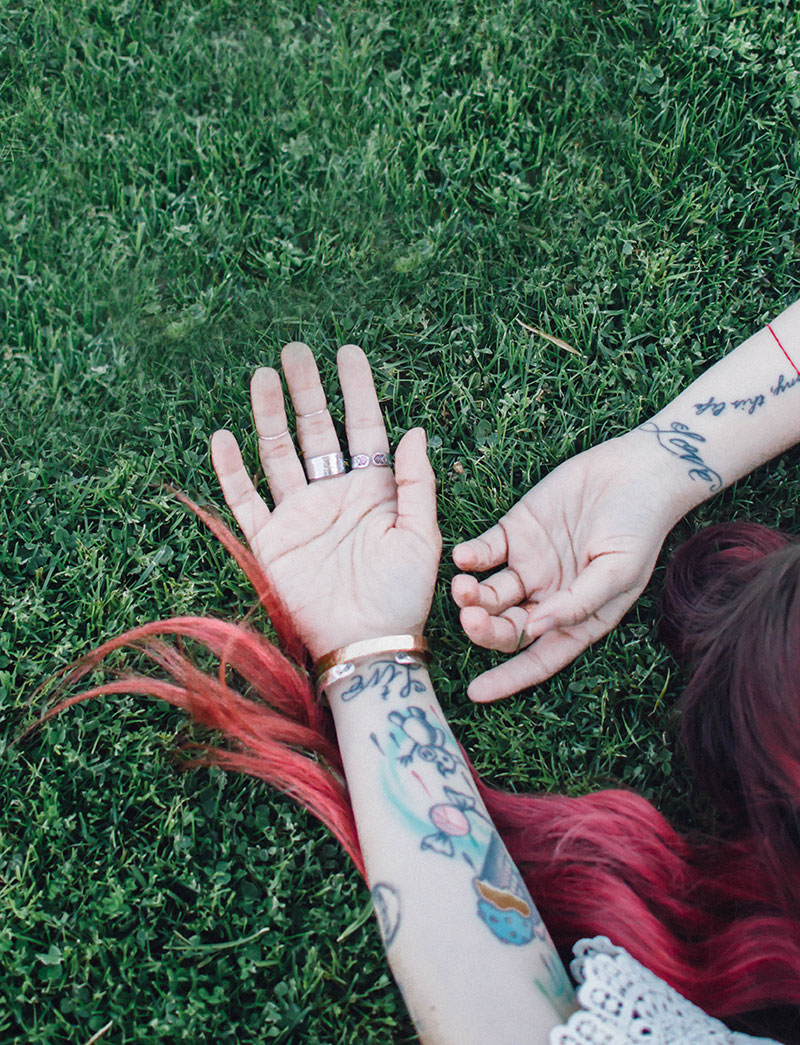 Black kyanite is the most highly recommended stone to use for connecting with your earth star chakra. Any dark earthy stones like onyx, black tourmaline, black or snowflake obsidian, and red or green jasper can assist you. We offer wearable snowflake obsidian and red and green jasper here. If you fall into the category of having an aqua-colored earth star chakra, some recommend an aqua aura quartz. 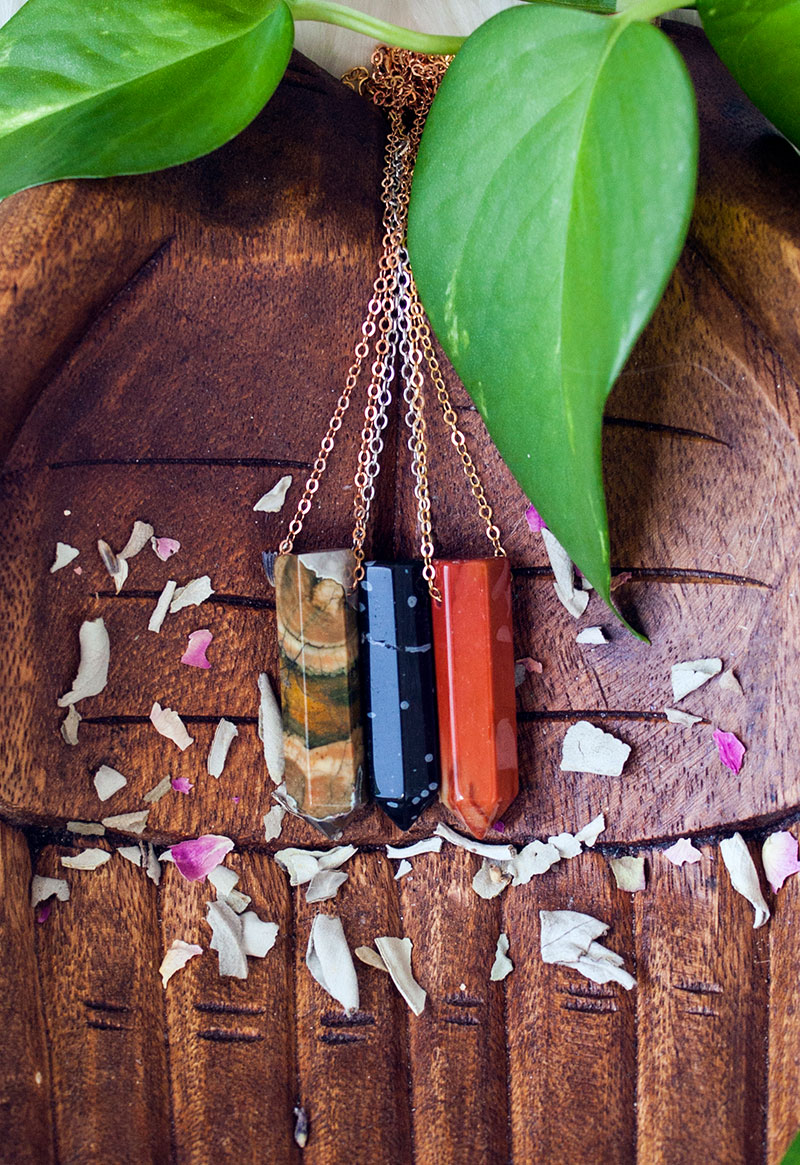 Get your point crystal necklace here

If you’re just learning about this chakra now it’s likely that it’s been a bit neglected. No worries though, it’s never too late to start and you’re certainly not alone! The simple act of asking to be connected to this newly found chakra can go a long way. Try asking during meditation or while spending time in nature.

Tapping into this chakra can have a powerful effect on your own well-being and our world. Imagine the world we’d live in if everyone was more in tune with mother earth! 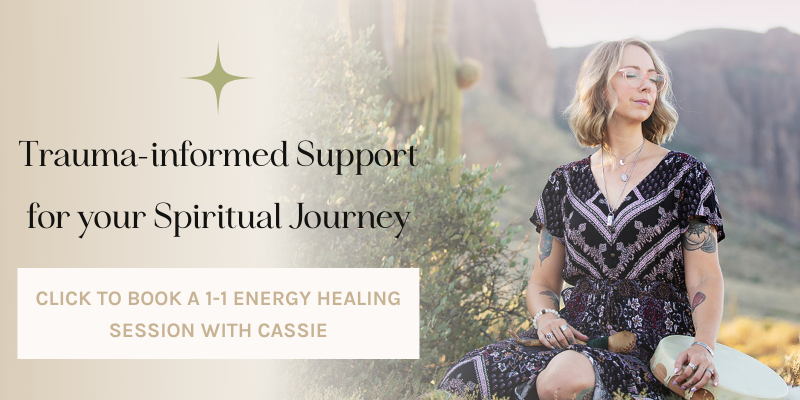